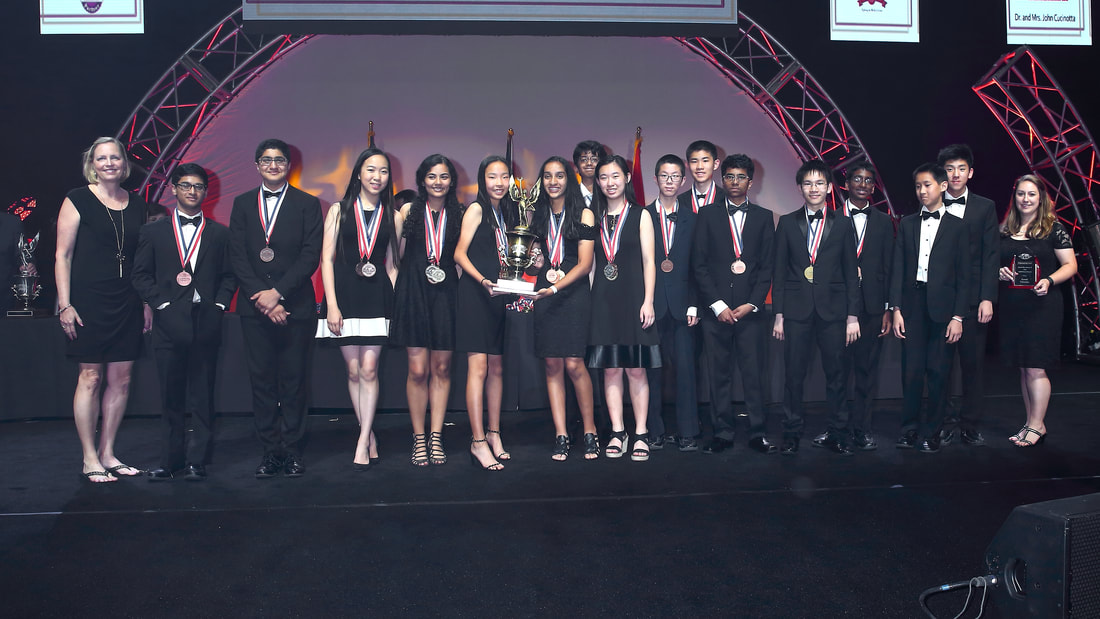 The Beckendorff Science Olympiad began in 2005 with Coach Scott Lightle. He started a science club for students that just wanted to compete in something. The second year, tryouts were held with a turn out of about 50 students. The following year there were over 100!
Beckendorff made it to the state competition for the first time in 2007 and placed 15th. The spirit trophy was also awarded to Beckendorff that year. In 2008, BDJH placed 5th at state and then 3rd in 2009.
Beckendorff has since placed 1st or 2nd at the state competition and has placed in the top 10 at Nationals every year with the exception of 2011.
In 2014, although BDJH placed 2nd at state, they were crowned the National Champions when they won 1st place at the University of Central Florida.
In 2015, Coach Scott Lightle moved to Seven Lakes HS and 8th grade math teacher Morgan Allen took the reins for the next few years. Though not in the classroom anymore, she is continuing to push the students to work hard, do their best, and always, "Stay Hungry, Stay Humble" in their pursuit to make it to Nationals once again!